There’ are a lot of important issues in the spotlight right now, and I’m not immune to the argumentative environment. While I don’t often join in the heated debates, I listen intently to it all, both sides, many perspectives. I do my research. I listen to the stories. I ask questions. I do my best to understand, to educate myself, and attempt to develop my own perspective. The issues of immigration, privilege, and oppression are high on the list, and historically, this is nothing new.

When I think of my family history, I’m both saddened by how history repeats itself and encouraged by those willing to help and take a stand.

On my father’s side of the family, when World War II ended, there was utter chaos in Poland, Austria, and Germany, and the like, as those who survived the concentration camps were displaced. They wandered around for years trying to find a permanent home. Four of my cousins were among the survivors. My grandfather was a high powered lawyer in New York who had done some work for Hoover’s administration. The administration was grateful and willing to help my grandfather any way they could. When the war ended, there was a restriction still in place on taking in refugees, but when my grandfather asked his political contacts to help find his mother in law’s cousins, they took on the task. A couple years later they found them and brought them to America where they settled in the Bronx. They were among the lucky ones to survive and be found. They were privileged to be related to someone with connections that gave them a new life. 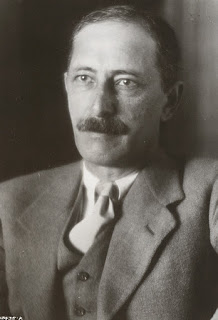 my mother’s side, my Nana’s family has been in New York since the 19th century. One of my cousins was a scholar, teaching comparative literature at Columbia University. His academic writing earned him the reputation of being one of the leading comparativists. He also had political aspirations, running unsuccessfully for a Republican seat in the U.S. House of Representatives in 1908 and later serving as a Delegate for the Progressive party where he fought to have the issue of racial discrimination added to the party platform. He also served as a major in the Army during World War I.

He remained passionate about racial justice and as an influential liberal Republican was one of the first Jewish leaders of the NAACP and helped set the vision for the organization shortly after its founding. He was a recognized civil rights activist, among 12 honored in 2009 with postage stamps commemorating the NAACP’s 100th anniversary.

I don’t know what drove my cousin’s passion for racial justice, but if I had to guess, coming from a historically oppressed people, he recognized another oppressed population and was driven to make a difference. He saw inequality and was driven to change society and help his fellow man.

I am so very proud of my roots. I come from a long line of helpers, of those who know what oppression feels like and know it’s not right, and more than that — people who are willing to take a stand, to change the world with kindness, empathy, compassion, and fortitude.

I’ve worked for progressive organizations for my whole career, fighting for access to education, for religious freedom for the LGBT community, for gender equality, for understanding in immigration, for Medicare access, for reproductive education, for human rights. I am a helper by blood, an advocate in my own right and just hope that through my work, I can change the world for the better.